The Membrane Theory of Aging Is Not As Well Known

While the Membrane Theory of aging may not be nearly as well-known as some of the others, it is none the less very interesting.

In fact, as we all get older, and if we really dig in and try to understand how important and critical our cells are, this theory really makes a lot of sense.

If it is anywhere close to being correct, toxic waste or cellular dust is not only aging all of us, it is also slowing killing us.

Stop and think about that for a minute.

Do we really have toxic waste and cellular dust building up in our bodies, and if so, what can we do about it.

The Membrane Theory of Aging Center around Lipofuscin

That is where the Membrane theory of aging comes in, as it was discovered by a Professor from the Debrechen University in Hungry, Professor Imre Zs-Hagy.

It all centers around what is referred to as “lipofuscin”, and while most of may have never heard about it, we certainly understand the affects it is having on us.

As we are all getting older, sooner or later most of us will begin to experience age or liver spots.

There are several different views on the major causes of liver spots, but the real underlying cause is from lipofuscin.

Here is what the Membrane Theory of aging is all about and what is happening in our bodies.

This major function that has become compromised is the potential for “waste toxins or dust “to build to dangerous levels.

Lipofuscin is a cellular process that in our younger years our bodies had no problem handling, as our immune system and cellular structure could easily handle it.

Our Cells Are Losing Their Moisture

However, as our cells begin to lose moisture and have fewer lipids, they become a lot more solid in their structure.

Once this occurs, this cellular toxin or dust begins to accumulate in some key areas of our body and they include the following.

At this point you make take a step back and ask yourself if any of this is actually true.

There have been numerous tests with Alzheimer patients and the vast majority of them have one thing in common.

They all have much higher lipofuscin levels than someone that does not have this condition.

However, there is more that is happening with the Membrane Theory of Aging and they include the following.

The Professor that discovered this theory has also worked for several years in developing substances that would assist us as we get older in removing or reducing the lipofuscin levels.

These will be covered at the end of this article.

What Exactly is Lipofuscin

So what exactly is lipofuscin and where is found.

It has also been referred to over the years as “liver spots” and the reason for this is because of the brownish pigmentation.

There are certain medical conditions that can cause this process to explode, but in the vast majority of cases, our cellular cleanup is beginning to slow down.

In the Membrane Theory of aging, lipofuscin is accumulating primarily around the center or nucleus of our cells.

It is believed that because of this, some of the major functions of cellular activity, sending signals, are slowly being damaged.

The first place that it will appear is with our minds and memory, as was demonstrated with the abnormal limits found in Alzheimer’s patients.

However, there is another very interesting aspect with this theory and new research that is being done, and they include the following.

We have all heard about free radicals and the damage they can and will do to us as we age, but hydroxyl radicals are a bit different.

They have only one major role—to create lipofuscin.

The mineral Iron is absolutely essential to our blood cells, and at our age, we have heard about that for most of our lives.

However, iron deficiency is very rare, and in most all cases we get enough of it from our daily diets.

Free iron is a substance in our body that is not slowed or blocked by our iron storage molecules, and it not only helps to trigger lipofuscin, it can help to feed it.

Because of this, we should all be very careful with taking any type of iron supplement unless our doctor prescribes it.

Always Get a Second Opinion

But even with this and understanding the Membrane Theory of aging, we should seek a second opinion before taking iron supplements.

There are several experts that believe that a zinc deficiency can also fuel them, but that has not yet been proven.

The only thing that has proven to successfully reduce lipofuscin levels in our body are those recommended by the Professor that developed this theory.

They include the following

However, like any supplement, you should discuss them with your professional physician before taking them. 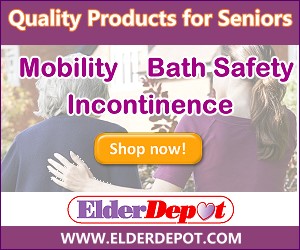 The Theories of Aging