The Most Affordable States Will Surprise You

The most affordable states to retire to or just live in as we are getting older are only truly defined by your interests—period.

There will be a lot of different people that will give you all kind of advice, but when it comes down to the final decision it is still up to you and your spouse, if married, to make it.

I would contend the weather makes a big part of that decision and it is one of the reasons the southwest and southeast are exploding in population.

But there should also be several financial reasons as well such as the tax rates of the state, the real estate tax rate (that was what made my final decision), as well as the overall cost of living.

There will be other criteria as well such as crime rates, cost of living indexes, etc., but this page will focus on tax rates, real estate taxes, the total tax rates as well as states that tax your social security.

The Most Affordable States

Some people, even as we age, love the cold weather. However, the vast majority of people as we past the 50 year mark want nothing to do with cold weather any longer.

No move shoveling, driving on black ice, and so forth.

If you suffer from arthritis, any kind of joint issue, Raynaud’s syndrome (like I do), as well as several other conditions affected by the weather; the warmer the better.

In New York City I made a ton of money but in the winter walking between my apartment and the subways and trains, and my stores I would ask myself what the heck am I doing here and freezing.

Raynaud’s syndrome is where your hands and feet basically turn white and you lose the feelings, especially in your fingers, until they warm back up.

That would happen to me daily in New York City in the winter.

However, in Alabama, it has only happen one time in 3 years.

Those are the choices we make personally as we enter into our senior years of life.

Several Taxes to Factor In

The most affordable states to retire in, however, should be based on numbers and again include the overall cost of living, the state tax stature, do they tax social security, and the real estate taxes.

Low crime can get a bit tricking as every state has crime, especially in the bigger cities.

However, every state has small cities and the big cities also have suburbs where the crime is very low.

OK, here are some numbers.

The first set is from the Tax Foundation, which is a totally independent non-partisan educational and research organization, and all the numbers will be referenced for you to look at for yourselves.

Most Affordable States for Property Taxes 2015

Interesting numbers to say the least and if you look at New Jersey for example and compare it to Alabama the numbers are startling.

In much of the south, including Alabama, you can found thousands of homes at 250,000.00 and under that are custom built and gorgeous.

Next on the list of the most affordable states should be total taxes and this would include Personal, State, Excise, as well as property taxes.

Here are the states listed by Total Taxes per 1,000.00 and their averages.

It also helps to identify the states that for whatever reason have decided that it is necessary to tax our social security benefits.

While these lists of most affordable states are certainly not all inclusive it should give you an idea at least where the states are that you are going to save the most money on taxes.

As with all of the pages on the this website, I would appreciate any feedback you have as well as any other information that I can add and give you the credit for sharing. 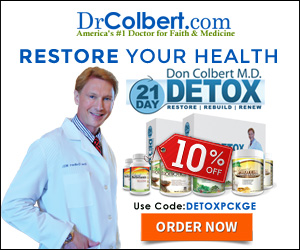